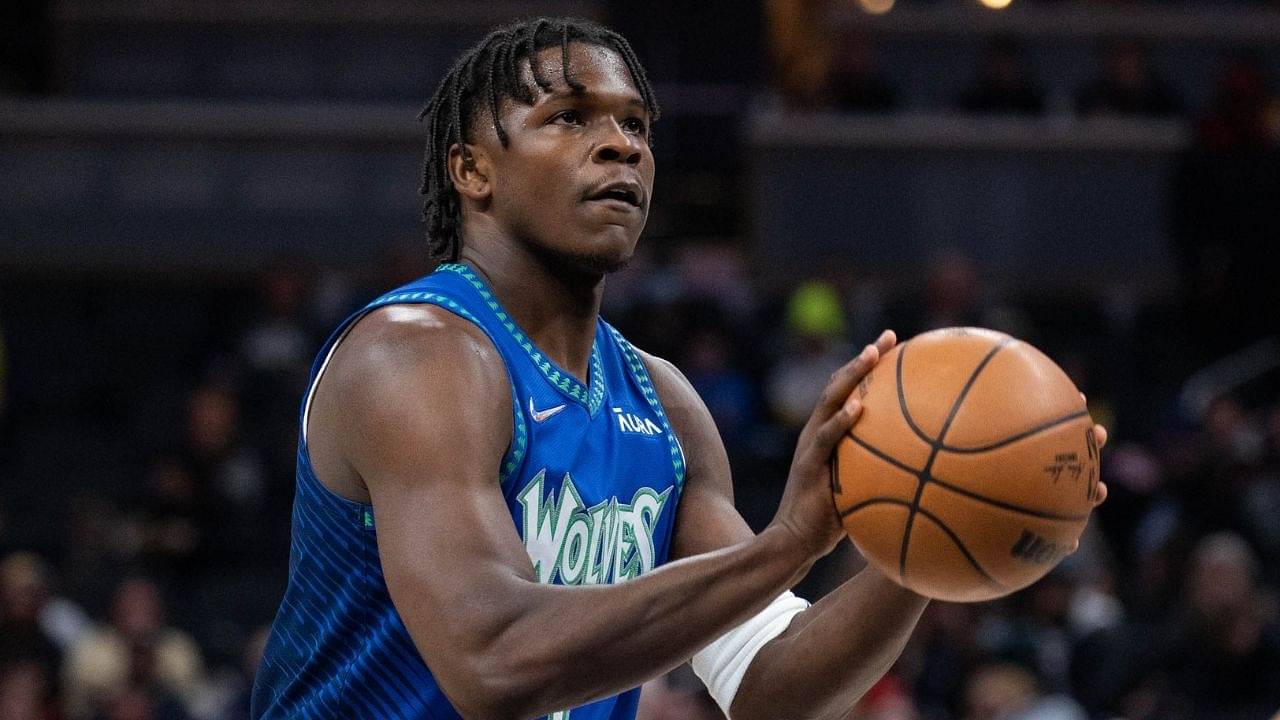 On a historic night for Anthony Edwards, the Wolves star records 37 points, 5 rebounds, 4 assists, and 4 steals to help his team defeat the Pacers 129-120.

Anthony Edwards has had quite a season so far. After finishing second in last season’s ROTY race, the Wolves youngster has elevated his game to a whole new level. At age 20, Ant has been co-leading this young group alongside Kael-Anthony Towns and D’Angelo Russell. 57 games into the season, the squad has already managed to win more games than they did the previous season. And a huge reason for their successes this season has to go to the 6-foot-4 guard.

On Sunday afternoon, Edwards added yet another incredible performance to his breakout season. Helping the Timberwolves grab a 9-point win against the Indiana Pacers, Ant stuffed the stat sheet with 37 points, 5 rebounds, 4 assists, and 4 steals while shooting 52% from the field and 53.8% 3FG.

Anthony Edwards had himself a game 🔥 pic.twitter.com/2H1MlqY27T

Also Read: LeBron James and the Lakers are up against history as Aaron Donald and the Rams defeat the Bengals

The combo-guard reached the 2,500 career points milestone as only the fourth-fastest player in NBA history. He follows the elite company of LeBron James, Kevin Durant, and Devin Booker on the same list.

With his first triple of the afternoon, @theantedwards_ surpasses 2,500 points, becoming the 4th-youngest (20y192d) player in @NBA history to reach the 2500-career-point mark.

Edwards also joins Luka Doncic as the only player in history to record 5 games with 35+ points and 5+ threes, before turning the age of 21.

That’s his 5th game with 35+ points and 5+ threes. Only Luka Doncic has more before turning 21 (7). pic.twitter.com/rSbYbdYNe9

Averaging a solid 22.4 points, 4.8 rebounds, and 3.7 assists this season, many would believe he was an All-Star snub. However, the only goal for Anthony is to help his squad advance to the postseason for the first time in 4 years.