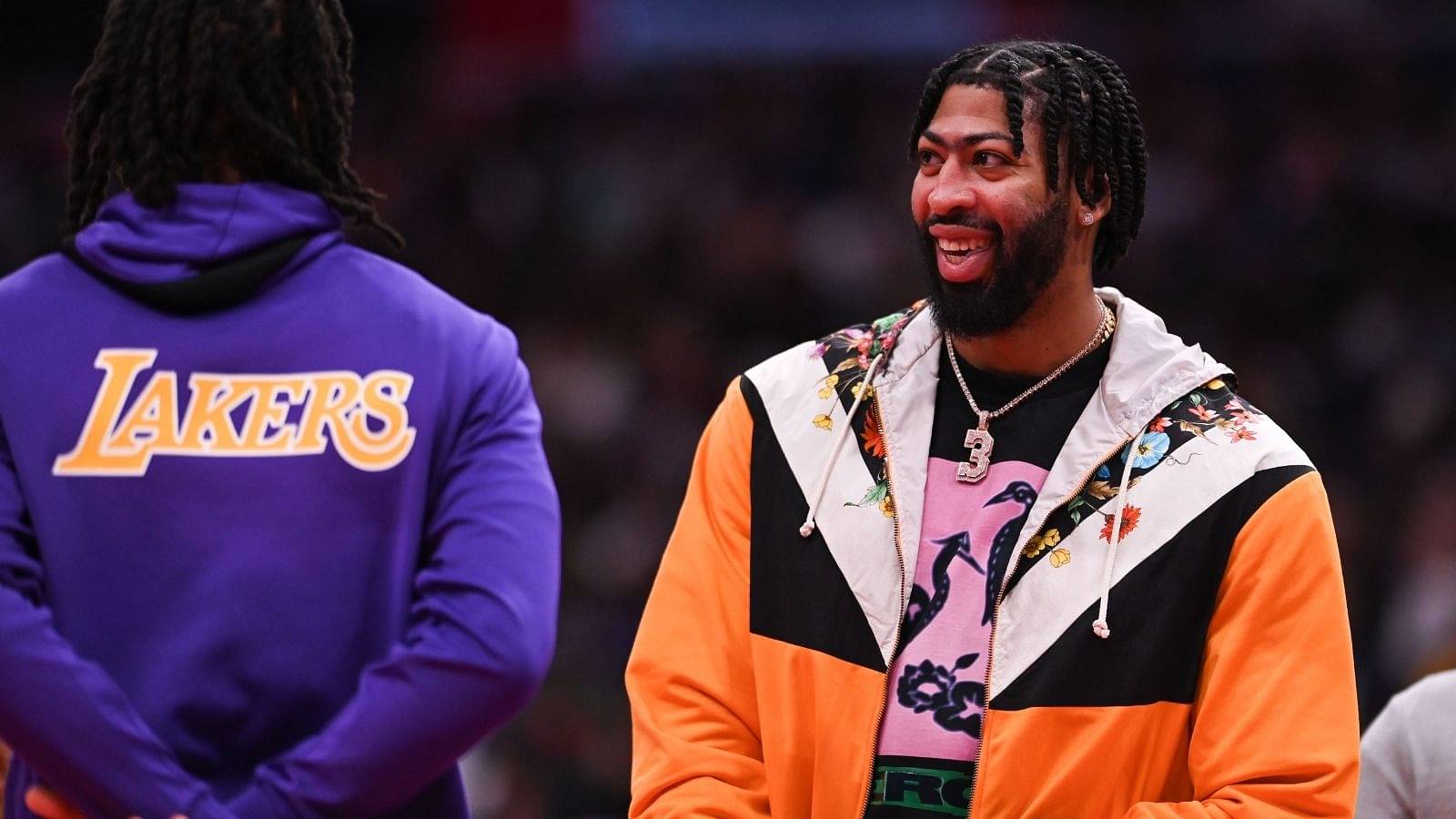 Anthony Davis sets his eyes on a return to help the Lakers finish within the play-in spot but fans have questions for him already.

Both LeBron James and Anthony Davis are out of the starting lineup as the LA Lakers take on the Utah Jazz Thursday night at the Vivint Arena. The Purple and Gold are in obvious trouble having lost 11 of their last 15 games and dropping behind Spurs on Tuesday in Western seeding made their life even more difficult.

They are living on the edges as they’ll again fall behind the Spurs at 11th position if they lose the game against the Jazz who are themselves in a tough phase having lost 5 games in a row. They would want to win all their remaining games to secure a playoffs spot.

And if they win this one, the Lakers will have just 6-games remaining to end the season within Play-in spots. And to make the most of it they need at least AD or LBJ in the lineup if not both. This time, Davis might be the one who returns in action on Friday.

Also read: “Oh look, LeBron James is chasing another individual milestone”: The Lakers superstar needs to play 3 out of the next 7 games to secure his 2nd scoring title

Anthony Davis gets ready for a comeback, NBA Twitter is on his back already

It would have been hilarious in a weird way had LeBron come back before AD, as the latter is out since the last time Lakers played Jazz in mid-February. And he might return after the game against Jazz and in the game against his former club the New Orleans Pelicans, according to many sources, including ESPN’s Adrian Wojnarowski.

Key here is Woj saying, “Anthony Davis won’t be 100% in his return for the Lakers” pic.twitter.com/092DJ3n8kk

In the last 4 seasons Anthony Davis has played 191 games out of 320. For not having a major injury that is a lot of wasted money by the Lakers

I don’t think there’s a more overrated underachieving player in the NBA than Anthony Davis..

Also read: “Never forget when LeBron James got his revenge on Kelly Olynyk”: When the King absent-mindedly got revenge for Kevin Love

Bron going out last week with a sprained ankle meant Davis’ return was imminent if the Lakers really want to be in the playoffs or even the Play-ins this season. With Davis by their side, the team has suffered a little less, having won 17 of the 37 games he has played this season.