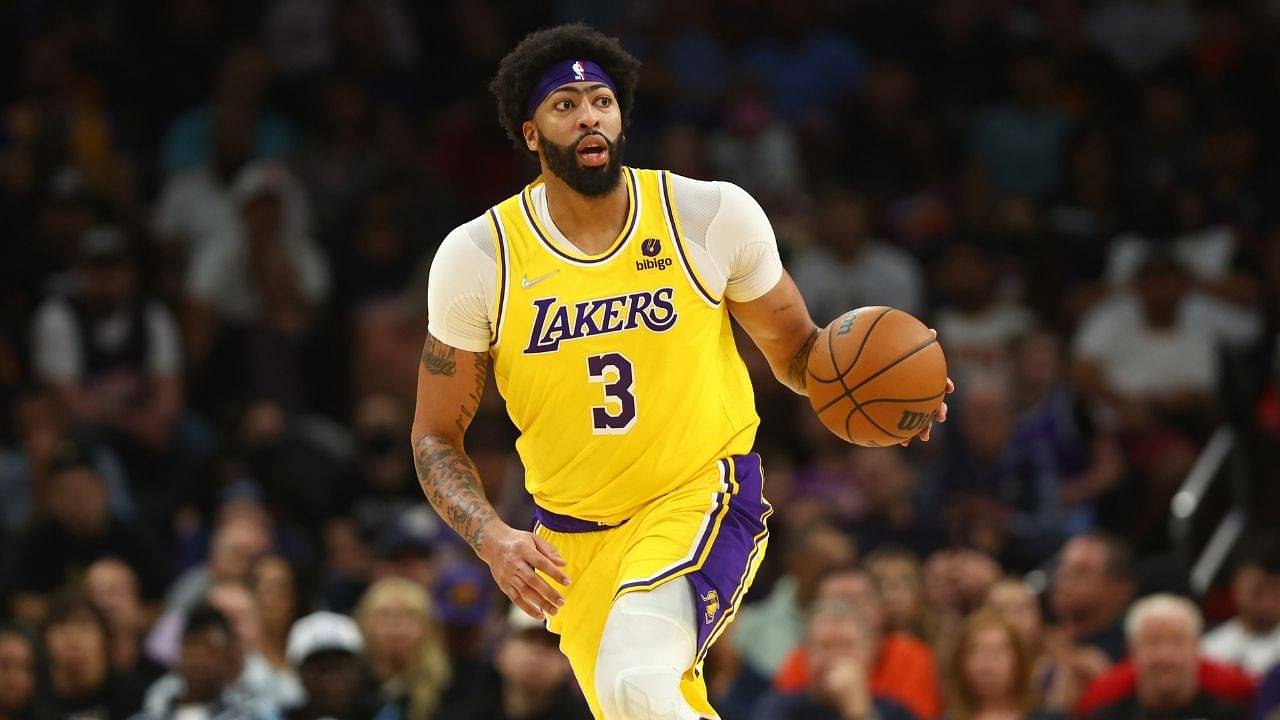 NBA analyst Bill Simmons believes Anthony Davis deserves a fair share of the blame for the failure of the LA Lakers this season, citing the examples of his peers Nikola Jokic, Giannis Antetokounmpo, and Joel Embiid.

Post his outing in the 2020 Orlando Bubble, Anthony Davis has missed more games than he’s played. The former champion’s health has been a cause of concern, with injuries haunting him now and then. In what many believed, Davis was the future face of the purple and gold.

However, this seems impossible now, courtesy of his inability to play games regularly. In the past two seasons, AD has played a combined total of 76-games out of the 154-games. When healthy, Davis is a top-10 player in the league and one of the most skilled big men.

While AD has been away most of the time, his peers Nikola Jokic, Giannis Antetokounmpo, and Joel Embiid are fighting neck-to-neck for the MVP this season. The above three MVP contenders can do all things on the court and are not only limited to playing in the paint.

Also read: “The Knicks would overpay for Anthony Davis”: Bill Simmons believes the New York franchise will go all-in to acquire the Lakers star in the 2022 offseason

During a recent episode of his podcast, Bill Simmons put Davis in the dock for the failed season of the Lakers, citing examples of his peers Jokic, Giannis, and Embiid. Davis looked the oldest and moved the slowest among the mentioned big men.

Bill Simmons feels Anthony Davis deserves a lion share of the blame for the Lakers failing this season.

As Hall of Famer Charles Barkley had said on the opening night of this season, the success of the Lakers would come down to Davis. The former Pelicans superstar held the keys to the car of the purple and gold, especially with an aging LeBron James.

Unfortunately, AD’s low fitness levels and injuries got the better of him. Despite being one of the leading scorers in the league, a 37-year old James was not enough to carry the Lakers to the postseason. Touted as one of the most talented and skilled bigs, Davis is yet to live up to expectations.

In a recent segment of his podcast, Bill Simmons called out Davis for being unable to keep himself available all year long.

“Jokic, Giannis, Embiid, those are AD’s peers, and AD looks the oldest and moves the worst. It starts with him, forget about LeBron, he’s getting old. LeBron shouldn’t be the best player on a team anymore. He’s 37 with 60k+ minutes on him.”

With Russell Westbrook getting most of the blame for the Lakers’ debacle, Davis found a leeway. Recently, AD opened up on his struggles through the season and how his injuries weren’t his fault. The former NCAA champion had claimed to have spent all his time training in the off-season.

Also read: “Someone falls into my leg sprains my MCL the same exact thing Kevin Durant had”: Anthony Davis on being tagged as injury-prone

It’s an unfortunate situation for AD, with his health being a barrier to him climbing the NBA’s success ladder.