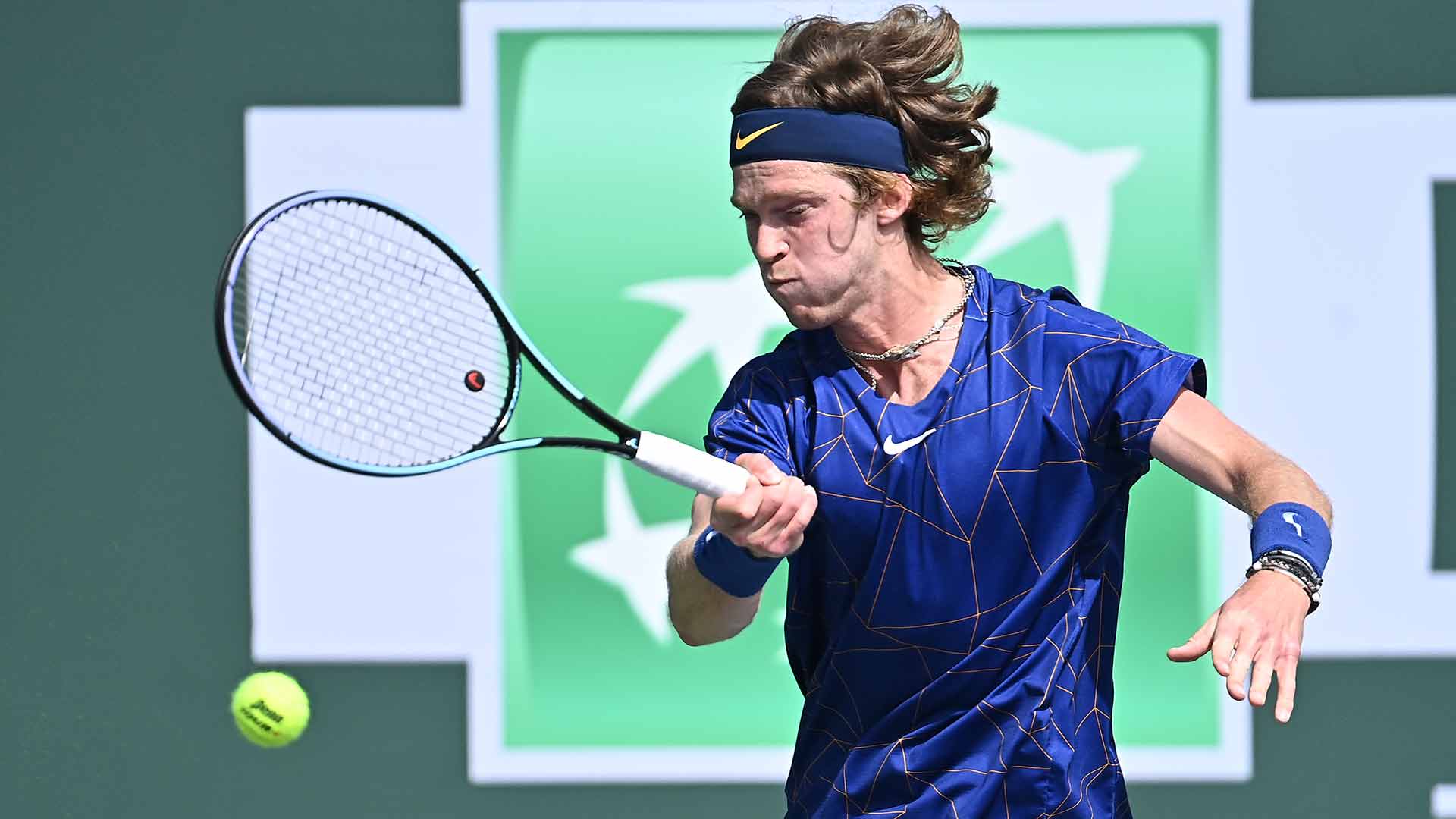 Rafael Nadal has stolen the Indian Wells headlines with his 19-match win streak, but Andrey Rublev is hot on his tail — and the pair is now one win apiece away from putting those streaks on the line in a championship showdown.

The seventh seed made it 13 consecutive wins with a 7-5, 6-2 win over Grigor Dimitrov on Friday at the BNP Paribas Open. One the heels of back-to-back ATP Tour titles in Marseille and Dubai, Rublev continued his stellar form to reach the Indian Wells semi-finals for the first time.

He never trailed in a 7-5, 6-2 win over 33rd seed Grigor Dimitrov on Friday at the BNP Paribas Open, earning a dominant victory in a battle of former junior World No. 1s. Should Rublev go on to win the title in Indian Wells, he will tie his career-long winning streak of 15.

Rublev dropped just seven points on first serve in the contest, winning 81 per cent (29/36) of those points and dropping serve just once in the match. That break came at a crucial moment, with Dimitrov using a sweetly struck backhand pass to help prevent the fourth seed from serving out the opening set.

But Rublev answered with an immediate break back and found a higher gear to overwhelm the Bulgarian the rest of the way. His powerful baseline game proved too much for Dimitrov, who was powerless to stop the relentless attack.

After sealing the opening set with an ace — one of four in the match — Rublev raced to a 5-1 lead in set two behind a decisive run in which he won seven of eight games.

Dimitrov had only faced two break points and dropped serve just once in 31 service games entering the quarter-final, but Rublev managed four breaks on 10 chances in the match.

“Return here is one of the most important things,” he said. “If you can bring as many returns as possible [into the court], and then here with these conditions, in some moments it’s tough to serve. But this is for everyone.”

As in the opening set, Dimitrov fought admirably with his back against the wall, saving a match point to hold for 5-2 in a four-deuce game — the longest of the 90-minute contest. He then brought up a break point in the match’s final game before Rublev closed the door.

Both men entered the quarter-final match without dropping a set in the tournament, and Rublev made it eight on the trot by overwhelming the Bulgarian to reach his fourth ATP Masters 1000 semi-final in the past 12 months. He is still seeking his first title at that level after reaching the final in Monte Carlo and Cincinnati in 2021.

After knocking off one 2021 Indian Wells semi-finalist, he could face another in 20th seed Taylor Fritz in the next round. The American takes on Serbia’s Miomir Kecmanovic next on Stadium 1.