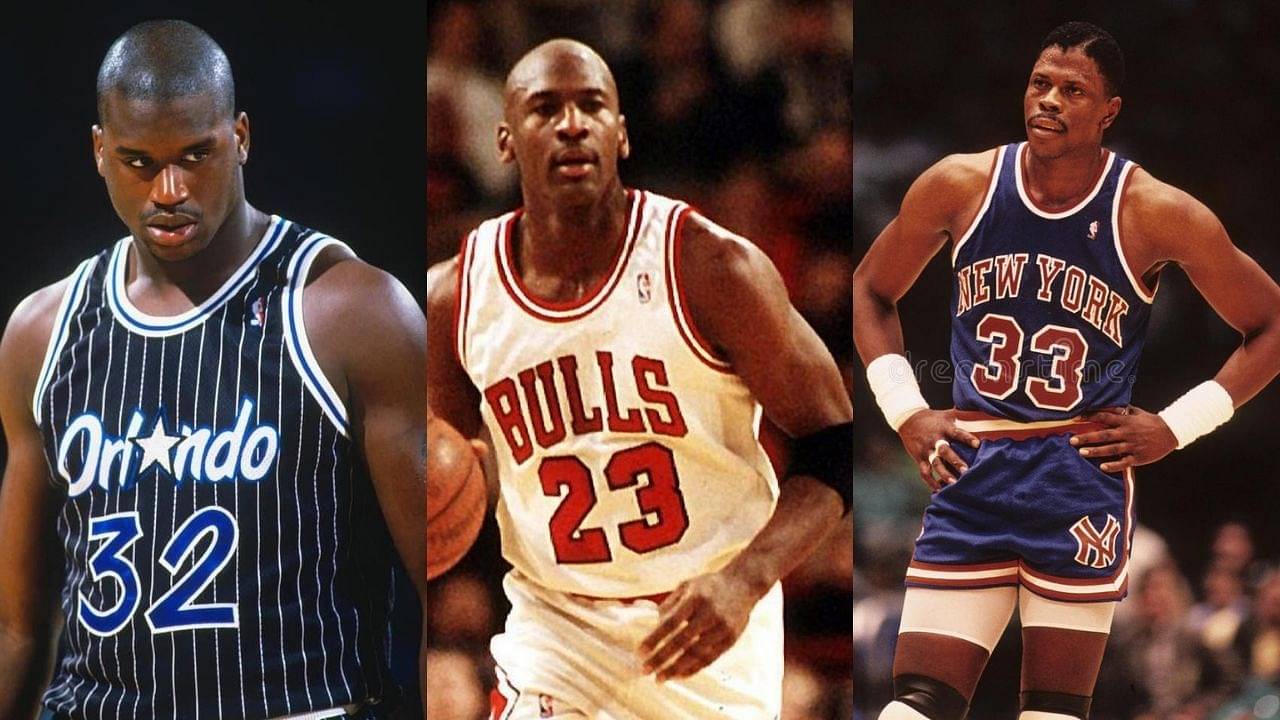 Michael Jordan made it a point to let everyone know that a young Shaquille O’Neal beating out Patrick Ewing to make the All-Star starter fueled the Knicks Hall-of-Famer.

The Bulls and the Knicks had an intense rivalry in the ’90s, facing off multiple times over that period. Despite that, their respective stars in Michael Jordan and Patrick Ewing were pretty close friends off the court, a friendship that started way before their time in the NBA.

While Jordan attended UNC, Ewing played for Georgetown and faced each other in the NCAA title game, where MJ hit the game-winning shot in a 63-62 win. Later on, they signed with the same agent and played together for team USA in 84’.

Michael Jordan on hitting the winning shot in the NCAA title game against Patrick Ewing and Georgetown in 1982: “Up until that point, no one knew who I was. Outside the university, I was just known as ‘Mike Jordan.’ And when I hit that shot, my whole name became ‘Michael Jordan” pic.twitter.com/WeC0AQQUTa

In fact, the duo was dominating the All-Star votes, until 1993, when a young phenom named Shaquille O’Neal entered the scene. The dominating youngster beat out Ewing as the All-Starter for the Eastern Conference, which changed the Knicks’ center’s life forever….at least Jordan thinks so.

Also Read: “If 70 wins get us a ring, I’ll be happier”: Michael Jordan confessed to not feeling the same as a championship or gold medal on having a historic 70 wins season

On This Date: Michael Jordan dropped the hammer on Patrick Ewing in the 1991 playoffs. pic.twitter.com/1Ix1qyxdy7

Despite Patrick Ewing being part of the Knicks and in New York, he did not have that marketability factor that Michael Jordan possessed. In fact, MJ thought it was because the big man was overwhelmed with all the attention he was receiving.

“I think when he came out of college, Patrick felt a little overwhelmed, a little hesitant about his surroundings. He’s an intelligent guy, a great guy, but he’s shy, and he didn’t want to appear backward or dumb in interviews.

“He only made himself open to people that he felt comfortable with, and that meant he often didn’t sign autographs or smile for the cameras.”

However, something happened in the 1993 All-Star game that changed it all when a young Shaquille O’Neal pipped him to earn the Starter berth at the game. At least Jordan thinks that’s the case. MJ goes on to say –

“Patrick is not a guy who cares what the media says about him. But I know he cares deeply about getting the respect of his peers, of the other great centers in the game. And when he thought that he wasn’t getting it this year, when Shaquille beat him out for the All-Star team, I know that it was driving him and is still driving him. He may not admit it, but it is.”

Also Read: “Get Dennis Rodman off me before I drop 60!”: When Larry Bird’s challenge to Piston’s Coach had just ignorance for the 2-time DPOY

Why MJ might be right about Shaquille O’Neal fueling Patrick Ewing’s transformation.

In fact, an event that happened right after supports the GOAT’s claims. Ewing’s teammate, John Starks, got into a tussle with Hall-of-Fame instigator Reggie Miller. Immediately after the incident, the 11x All-Star took charge, getting in Starks’ face and ripping into the guard. That show of passion, aggression, and leadership by Ewing surprised many.

25 YEARS AGO TODAY
Reggie Miller scored 8 PTS in 9 seconds vs the Knicks!

PEOPLE FORGET:
John Starks was then fouled, missed 2 free throws, then Ewing got the offensive rebound & missed a shot in the final 13 seconds!

And it seems like Ewing’s new method of leadership worked for the Knicks. The Knicks made the NBA Finals in 1994 and 1998 and made it to the conference finals in 1993 before losing to Michael Jordan and the Bulls. However, there is no shame in losing to the GOAT himself.

Also Read: “It’s hard to believe; Michael Jordan gave me so much more than I expected”: Philippines-based fan artist Christian Oliver Talampas pays hearty tribute to how his Airness raised the value of his fan art