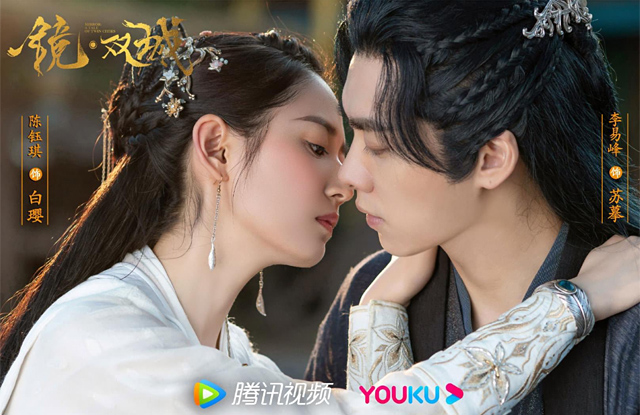 Starring Li Yifeng (李易峰) and Chen Yuqi (陈钰琪), historical fantasy romance Mirror: A Tale of Twin Cities <镜·双城> unfortunately did not hit the mark for expectant viewers who are largely disappointed at its plot, editing, pacing, casting, and acting. With only one week left on air, the 43-episode series continues to show no sign of improvement as ongoing criticisms grew. It currently only has a 3.9 star rating on Douban.

An adaptation of a popular novel of the same name by Cang Yue (沧月), Mirror: A Tale of Twin Cities initially garnered much attention similar to other -prominent IP projects. However, since its premiere, viewers could only see more flaws than major highlights.

The plot is described to be far from the original. Novel fans found the emphasis on the romance also vastly different from the novel, where there was a broad range of relationships explored and the characters shared a greater sense of patriotism with interesting motives.

While changes can be made to freshen up the drama, viewers found it difficult to justify the plot inconsistencies. They also had trouble immersing in the romance between the leads, who met and fell in love inexplicably. The other characters also felt like they existed simply to support the leads, with no further development or interesting background.

Another issue was the selection of actors, as many particularly found Yifeng and Yuqi to be unfitting for their roles. Both were heavily criticized for their stiff expressions and unvarying gazes, which offered few emotions for viewers to emphasize with.

Portraying the resentful and unfathomable Su Mo, Yifeng did not emit the same coldness as his original character in the novel. Instead of prioritizing the country and his duty, Yifeng appeared too focused on playing “the hero who saves the beauty.”

Yuqi is largely criticized for her expressionless face, which confused viewers who could not get a grasp her character’s emotions and inner motives. Particularly, her development from Bai Ying to Princess Kong Sang was not evident enough, which inevitably resulted in a dull and empty performance.

Lack Of Attention in Details

Additionally, there are also flaws in styling and special effects. Costume and makeup appear unrefined and indelicate, which are hard to ignore. Also, the special effects were rough and hard to fully engage in. With a number of criticisms, Mirror: A Tale of Twin Cities is another example of a highly marketed IP adaptation which delivered a below par dramatic adaption.