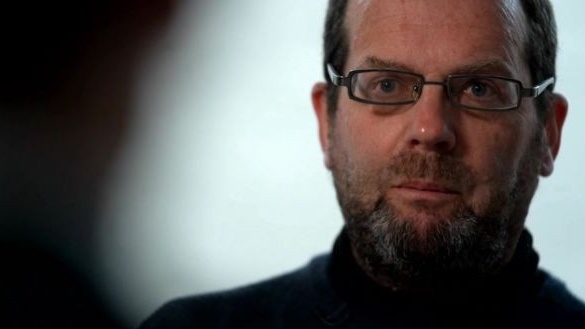 When officials in the Department of Health sat down for a meeting on January 27th, they didn’t know a record was being made of what they said.

Their private views on “sloppiness” in the financial reporting of the HSE and “fake targets” were published by the Business Post on Sunday, triggering headaches right across the healthcare and political system.

It all started last year with Shane Corr, a civil servant in the Department of Health, who previously worked as an auditor for the Comptroller and Auditor General. He was the source of a protected disclosure which informed an RTÉ Investigates programme last year, which reported that the Department was maintaining dossiers on children with autism involved in legal actions against the State.

Later last year, Corr made another series of disclosures relating to financial management and relationships between the HSE and the Department to its Secretary General and the Minister. Unhappy with the response, he later went to the Oireachtas health committee.

It seems the disclosures then bounced around the committee system, going nowhere fast. The health committee, it’s understood, wrote to the Department seeking a response to the issues raised and received information back.

At some point later that year, the Public Accounts Committee was looped into the process; at least three issues raised by Corr have been sent to PAC by the health committee in January.

One disclosure seen by this newspaper, dated last September and detailing an apparent overspend on public nursing homes and the alleged use of support funds for the sector to purchase vouchers for staff, is labelled “Disclosure 4”.

The disclosures were supplemented on December 14th last by three documents known collectively as “Disclosure 6”, sent to both committees.

They detail a range of issues, all published in recent days in this and other newspapers. Again, they claim to reflect conversations between officials in the Department of Health, including a view that recruitment targets were “batshit”.

These disclosures were noted by PAC, and at least one was discussed in a private session, but again, there appears to have been little urgency. That all changed on Sunday, when the Business Post story appeared.

A memo based on the meeting covered in the story was sent to the PAC by Corr shortly after it took place. The Business Post cited a tape of the meeting. Corr had no comment when asked if he had ever made recordings of meetings. He has said he wants to be called before an Oireachtas committee to disclose matters in the public interest, and that he is confident he can back up his memo “incontrovertibly”.

“I’m not going to tell an Oireachtas committee something that I can’t stand over,” he told The Irish Times.

Remains to be seen

This all raises the question of what comes next. Brian Stanley, the chair, told The Irish Times on Tuesday that the Department had already been asked for a response on the issues raised.

“I expect there will be a follow up of some kind by PAC . . . and it’ll be done on the basis of what we get from the Department of Health.”

The Secretary General, Robert Watt, and HSE chief executive, Paul Reid, will appear at the Oireachtas health committee on Wednesday where it’s expected to come up. But it remains to be seen what happens after that – if either committee will have dedicated sessions, or bring Corr in either privately or publicly.

It has caused consternation in both the Department and the HSE, which have been caught somewhere between damage control and trying to downplay the story.

One typical pushback is that the records reveal nothing new: “I don’t see anything other than reasonable tension between a parent department and an agency,” one official said on Tuesday.

That, of course, may be true. But the unalloyed views aired by officials have a value: seeing the specific matters discussed, and long-suspected tensions depicted plainly prompts a range of questions – at a minimum, about how healthcare budgets are decided and how recruitment targets are set.

One veteran official observed that it illuminated wider concerns, specifically about the Department’s ability to oversee the HSE: “Is the HSE too powerful as an entity, is there any way the HSE can be fundamentally held to account by anyone?,” elaborating: “Does this structure – minister, department, HSE, does that work? It doesn’t, really.”

Whether a scandal has been uncovered remains to be seen – but certainly, if accurate, matters in the memos would seem to merit further investigation.

Meanwhile, the Department itself is faced with the fallout. The politicisation of the issue, and how it now plays out in the public eye is one side; the human resources another.

Corr was afforded protection as a whistleblower, and could not be moved from his role. He then made notes of internal meetings (which do not name participants, but do identify them by grade) and gave them to an Oireachtas committee.

Participants in that meeting were later named publicly; there are fears that in a worse-case scenario, legal cases could be taken by officials against the Department for failing in its duty of care.

As controversy deepens, this byzantine story may be only getting started.