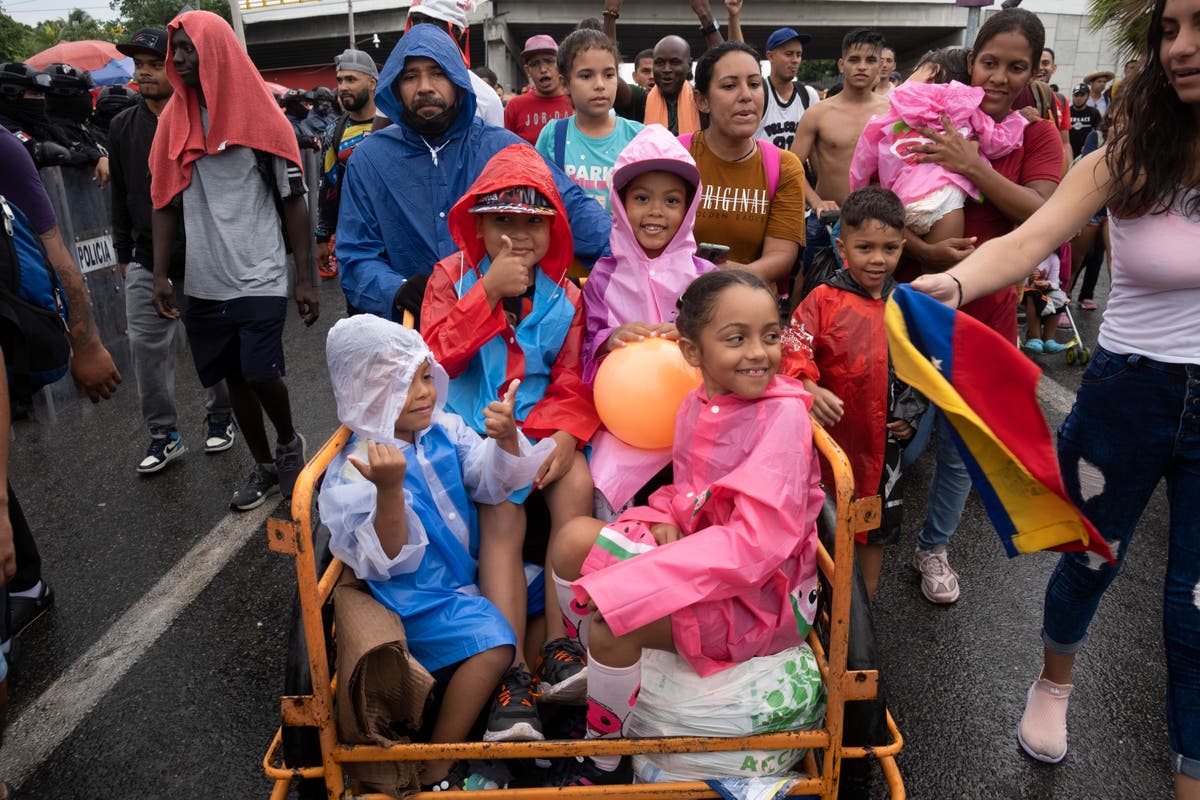 The Biden administration is pressing forward with the “Summit of the Americas” as a host of issues across Central and South America remain unaddressed and the White House faces a very public display of the region’s greater woes.

Leaders from various nations across the Americas are in Los Angeles this week for the five-day summit, which began on Monday and will conclude at the end of the week. President Joe Biden and Vice President Kamala Harris are both expected to attend, with the president serving as the gathering’s official host.

The US president is set to unveil a multinational economic recovery plan designed to tackle issues of trade, supply chain hardiness, and jump-starting economic investments following a recession caused by Covid-19.

But the summit is already facing a handful of embarrassing hiccups that threaten to endanger the White House’s message and the efforts to show unity across North, Central and South America. Most notably, Mexico’s Andrés Manuel López Obrador pulled out of the summit after the Biden administration announced it was not inviting the leftist leaders of Cuba, Nicauragua and Venezuela to the gathering, while the leaders of Guatemala, Honduras and El Salvador may also not attend.

And driving a media spectacle, particularly among conservatives, is the perennial news of a migrant caravan once again traveling through Central America carrying thousands of US-bound migrants towards the US-Mexico border. The sprawling group, which included many young children and families traveling together for safety, is currently in the far south of Mexico after crossing the border from Guatemala. The Associated Press describes this latest group as the “largest migrant caravan to attempt to leave southern Mexico this year”. It’s unclear if it will make it to the US border without Mexican authorities, under intense pressure from the US government, separating the group and imploring some to apply for asylum in Mexico.

“We had to walk around hiding from immigration, there were raids, because if they catch us they will lock us up,” one migrant in the caravan told the AP.

Many in the caravan are openly demanding the end of Title 42, according to media reports. The provision of law has been used by the Trump administration and now Biden administration to turn away many migrants seeking asylum at the US border due to concerns about “communicable disease”, though the US remains the country with the most Covid-19 cases and deaths reported.

“He promised the Haitian community he will help them,” one Haitian migrant who is part of the caravan told Fox News this week. “He will recall Title 42. He will help us have real asylum.”

The Biden administration pledged to task Ms Harris with addressing the root causes of migration across Central and South America but many of those issues are deeply ingrained and as of yet the White House has made no progress in stemming the tide of northward migration driven by economic despair and dangerous criminal organisations throughout much of the region.

This latest caravan is a poorly timed and public example of the continued failures of those efforts. For all the White House’s pledges to address issues like corruption and safety across Central America, particularly in countries like Haiti, the number of encounters between border authorities and migrants soared to an all-time one-month high in April.

Conservatives including Kimberly Guilfoyle, the partner of Donald Trump Jr, have jumped on the issue of the caravan and falsely labeled the caravan the “largest-ever”, while using the issue to call for spending on border security. Such caravans in the past have often attracted outrage and calls for action from conservatives, who have used the sheer size of the groups to drive fears about “invasions” of migrants on the southern border.

The demands of the migrants are not likely to be met. The Biden administration actually moved to rescind Title 42 authority that was allowing the government to turn away many back in April, only for a federal judge to turn around and block that move.

The Trump-appointed judge who ruled against the Biden administration on the issue found that the directive’s recinsion would likely lead to a massive surge in migration, which states were unprepared for.