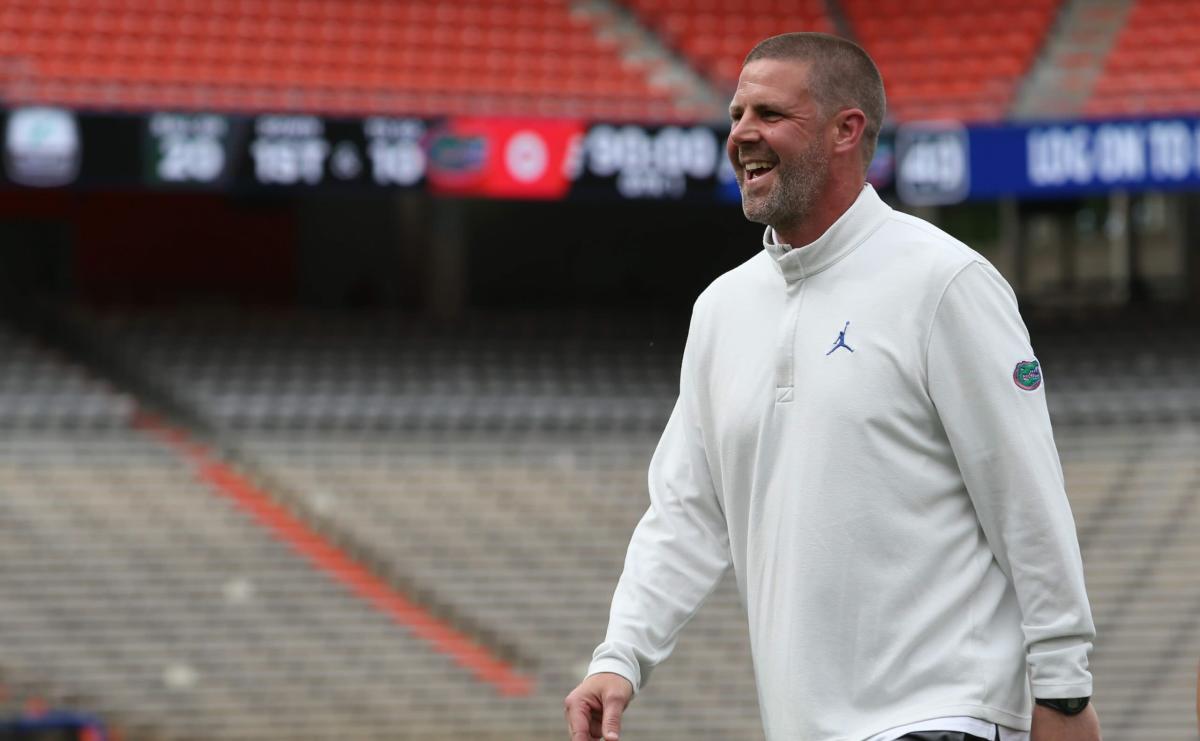 Florida football will host a group of eight 2023 recruits this weekend starting on Friday, June 3, as Billy Napier and his staff prepares to impress some of the best that the high school ranks have to offer. The Gators have seven blue-chip prospects heading to Gainesville — all four-star rated by both the 247Sports Composite and the On3 Consensus — plus a three-star commit who is also making the trip.

Additionally, in line with the new policy of focusing on recruits from within the state’s borders, six of the visitors hail from the Sunshine State while the other two are not much further away in Georgia and Alabama. There will be plenty more visits in the coming weekends this month and the Gators are looking to get off to a strong start with this first batch of preps.

Below is a look at all eight prospects heading to the Swamp from June 3 to 5 along with their respective rankings, a brief blurb on their recruitment, as well as a look at our previous coverage here at Gators Wire.

The 6-foot-5-inch, 280-pounder out of Gardendale, Alabama, has included Florida in the race for his services, also including the South Carolina Gamecocks, Alabama Crimson Tide, Oklahoma Sooners and Georgia Bulldogs to round out his five finalists. On3’s recruiting prediction machine has ‘Bama out front in his recruitment with a 92.4% chance of signing him while the Gators are fourth with a 1.4% chance.

The 6-foot-2-inch, 220-pound linebacker out of Fayetteville, Georgia, has already established a strong relationship with Napier and his coaching staff as well as a connection with current Gator Chief Borders. Defensive analyst Jamar Chaney, who he spent the most time around, is his primary point of contact with Florida while inside linebackers coach Jay Bateman has also spent time with Aguirre.

This 4-star linebacker stopping by Florida next Tuesday

The 6-foot-1-inch, 205-pound running back out of Jacksonville (Florida) Trinity Christian is a Florida legacy through his cousin Dee Webb, who played for UF from 2003 to 2005 and was drafted in the seventh round of the 2006 NFL draft by the Jacksonville Jaguars. “Florida is probably my leader in my recruitment for a while now,” he recently told 247Sports.

Blue-chip RB schedules another trip to UF, official visit up next

The 6-foot-2-inch, 180-pound wide receiver, an in-state target out of Boone High in Orlando, will also be visiting the Tennessee Volunteers, Georgia Bulldogs and Alabama Crimson Tide during his June campus tour. The Gators, however, hold an edge legacy-wise with the young athlete as his parents both ran track at UF.

The 6-foot-2-inch, 225-pound linebacker out of IMG Academy in Bradenton, Florida, is among several targets from that institution that the recruiting team has turned its attention to. Florida is the only program from the Southeastern Conference to make the native Virginian’s most recent cut, which also included Michigan State, Michigan, North Carolina and Notre Dame.

The 6-foot-3-inch, 223-pound linebacker out of Jacksonville (Florida) Andrew Jackson is among in-state targets for Napier and Co. as they look to lock down the state’s borders. Inside linebackers coach Jay Bateman has been the primary point of contact with the program and he has already made a couple of visits to Gainesville ahead of this weekend.

This 4-star linebacker to visit Florida and the Swamp

The 6-foot-2-inch, 195-pound safety out of Winter Garden (Florida) West Orange is no stranger to the Gators, having visited the Swamp back in March to familiarize himself with the team and the campus. While meeting with the coaching staff, he was also able to get a gander at some of the spring practices that were underway and appears to like what he saw. Castell was teammates with Oklahoma Sooners 2022 signee wide receiver Jayden Gibson, who the Gators pursued and managed to get a commitment from, but ultimately missed out on.

This 4-star safety sets official visit to Florida in June

The 6-foot-5-inch, 330-pound offensive tackle out of Rockledge (Florida) has been on the Gators’ radar for a long time and visited campus five times this year before locking down his commitment. The Gators’ offensive staff love apparently loves big linemen and Lovett fits that bill perfectly. “It’s the relationship I have with the new coaching staff and what they are trying to do,” Lovett said when asked what he likes about the Gators, according to 247Sports.

Highly-pursued in-state OT likes what he sees at UF

Let us know your thoughts and comment on this story below. Join the conversation today!