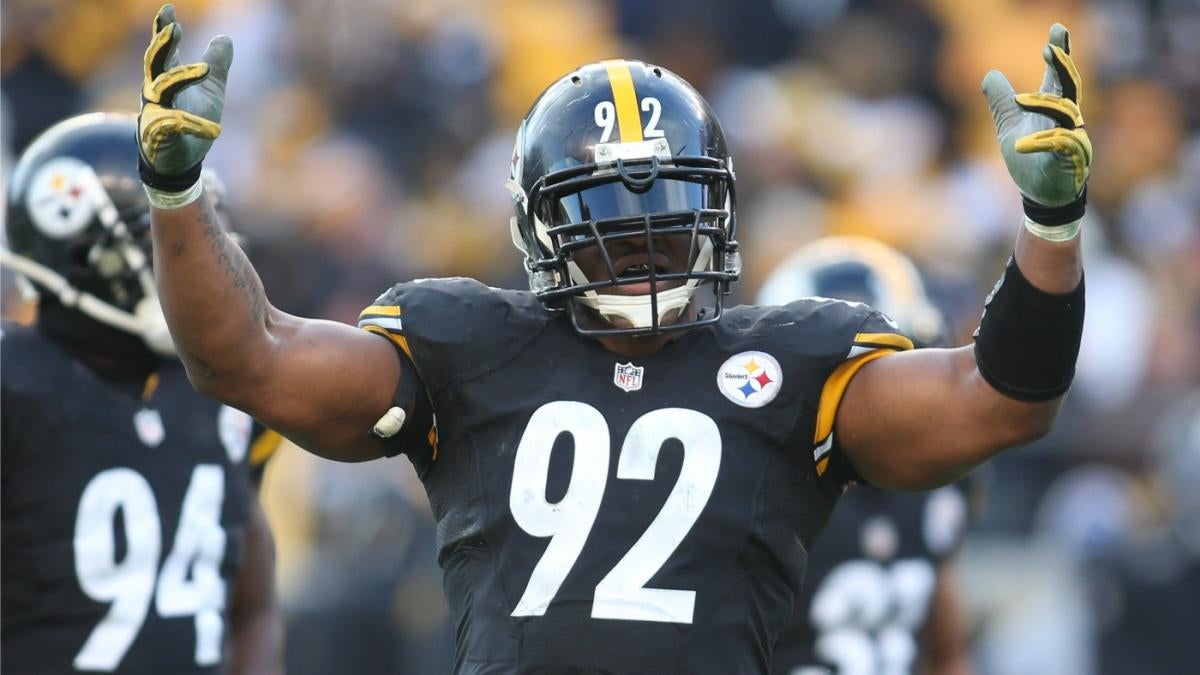 The 2022 Pro Football Hall of Fame induction class was announced Thursday during NFL Honors. Defense is the theme of this year’s induction class, as four of the five modern-day selections played on that side of the ball. Cliff Branch, this year’s senior nominee, is the only skill player who will receive a gold jacket and a bronze bust this summer in Canton, Ohio.

While the party has just started for this year’s induction class, let’s turn our attention to what the 2023 induction class could look like. Here’s a look at the players will be eligible for the first time.

Johnson’s 2,006-yard rushing season gives him an argument, but his lack of overall production (he finished with just under 10,000 career rushing yards) probably leaves him on the outside of the vote for 2023. A relatively short career could keep Chancellor from getting the votes needed to earn a place in Canton, at least for next year. Palmer enjoyed early success in Cincinnati before leading the Cardinals to the NFC Championship Game in 2015. His 1-3 record in playoff games, along with the fact that he played in a quarterback-rich era, hurts Palmer’s case for induction in 2023.

The biggest question mark is Harrison, who didn’t become a starter until he was 29 years old. Harrison made up for lost time by making five straight Pro Bowls from 2007-11. He had a dominant 2008 season that saw him win Defensive Player of the Year while recording a 100-yard interception return for a score in Pittsburgh’s win over Arizona in Super Bowl XLIII.

Harrison’s prime was elite, but his career numbers will likely hurt his case for induction next summer. Harrison’s 84.5 sacks is tied for 98th all time. He is 18th in career forced fumbles, however, which could help his case along with the fact that he won two Super Bowls while helping the Steelers reach a third Super Bowl in 2010. Harrison will also have to overcome the fact that so many other Steelers have already been inducted, as voters may instead choose players from teams that are less represented.

Devin Hester, Andre Johnson and DeMarcus Ware did not make it this past season in their first year of eligibility, but one would expect Johnson and Ware to receive significant consideration next year. Hester is also deserving, but the fact that he starred on special teams could lead to a longer wait.

Hester also played receiver, which is one of the toughest positions as far as Hall of Fame induction is concerned. Along with Hester and Johnson, Torry Holt and Reggie Wayne are still awaiting their knock on the door after being finalists in 2022. One would expect that at least one of these receivers will be part of the 2023 induction class.

Other 2022 finalists who will likely receive consideration for induction in 2023 include defensive end Jared Allen, offensive tackle Willie Anderson, defensive back Ronde Barber, and linebackers Zach Thomas and Patrick Willis.

Robert Kraft could be in line to receive a gold jacket as a contributor. The Patriots‘ principle owner since 1994, Kraft has presided over a franchise that has won 10 AFC titles and six Super Bowls over that span. Kraft is also credited for helping end the 2011 lockout.