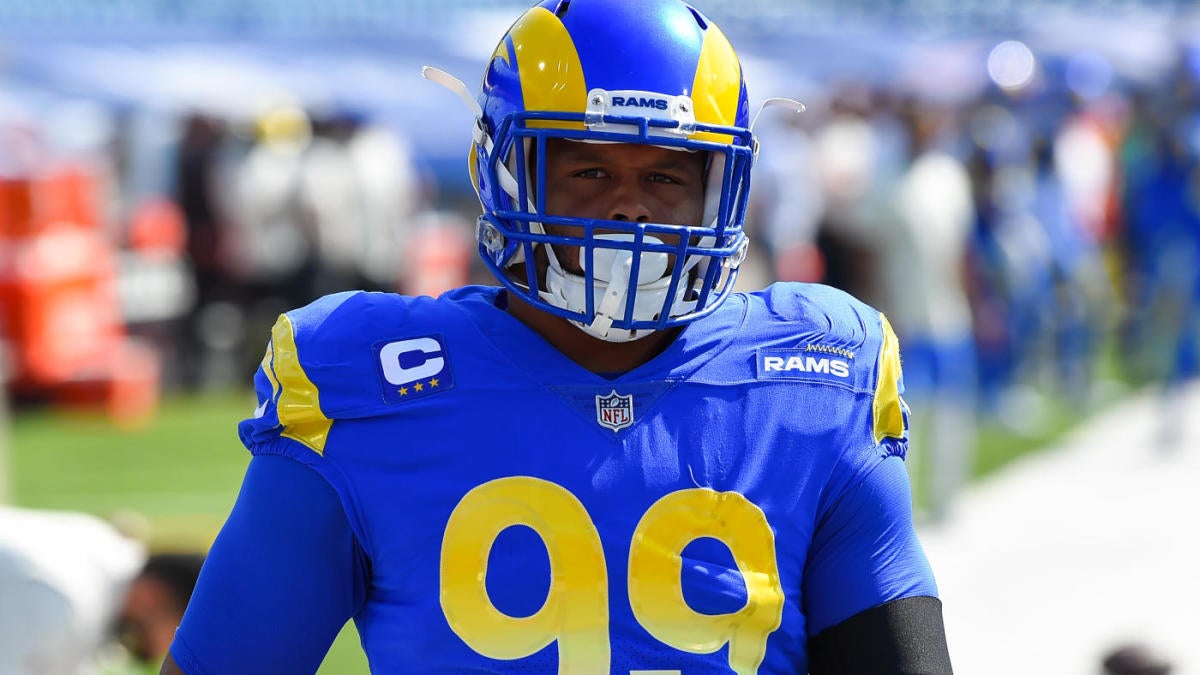 The Los Angeles Rams will try to win their sixth consecutive season-opener under coach Sean McVay when they host the Buffalo Bills on Thursday in the 2022 NFL Kickoff Game. The Rams will begin their Super Bowl 56 title defense against a Bills club that many observers have pegged as a Super Bowl participant this year, but recent history suggests Los Angeles comes prepared for the games that count. In fact, the Rams have won all five Week 1 encounters under McVay, including last year’s 34-14 blowout of the Chicago Bears.

Kickoff is at 8:20 p.m. ET. The Bills are 2.5-point favorites and the over-under for total points scored is 53 in the latest Bills vs. Rams odds from Caesars Sportsbook. Before locking any Rams vs. Bills picks, make sure you check out the NFL predictions and betting advice from SportsLine football analyst R.J. White.

White, a Fantasy and gambling editor for CBS Sports, consistently crushes as SportsLine’s No. 1 expert in NFL picks against the spread. He went 445-378-24 on his ATS picks from 2017-21, which returned $2,542 to $100 players. Moreover, he’s also 44-33 on NFL picks involving the Rams, lending critical insight into this matchup.

White is known for cashing out big in the Westgate Las Vegas SuperContest twice since 2015. He also cashed big on his NFL futures in 2021, including nailing Jonathan Taylor as the NFL rushing leader at 10-1. Anyone who has followed him has seen massive returns.

Now, White has studied the Bills vs. Rams Week 1 matchup from every angle and released a confident against-the-spread selection. You can head to SportsLine now to see White’s pick. Here are the NFL odds and betting lines for Bills vs. Rams:

Why the Bills can cover

Although Buffalo’s lethal passing game deservedly garnered most of the attention last year, the Bills quietly finished sixth in the NFL at 129.9 yards per game. Those numbers might appear skewed because quarterback Josh Allen accounted for 44.9 yards per game but, even so, there’s little doubt the run game made major strides down the stretch. This started when the Bills abandoned the committee approach toward the end of the regular season and made spark plug playmaker Devin Singletary the featured back. He responded by going for at least 86 yards in three of the final four games, including a season-high 110 yards and two touchdowns against the Atlanta Falcons in Week 17.

Although Singletary is on track to again be the featured ball carrier, the Bills have added depth at the position. The coaching staff has heaped praise on rookie James Cook, a Georgia product who is an explosive playmaker and excellent receiver out of the backfield. He could be used on passing downs and on showcase plays such as jet sweeps to provide an additional weapon. The team also reportedly has plans to utilize power back Zack Moss, who split time with Singletary early last season but also dealt with a lingering ankle injury. He has looked strong in the exhibition season and scored two touchdowns in a 42-15 win over the Denver Broncos.

Why the Rams can cover

Cooper Kupp is coming off one of the most productive seasons in NFL history for a wide receiver, becoming just the fourth player to ever win the “triple crown” at the position. That is, he led all receivers in catches (145), yards (1,947) and touchdowns (16). The Rams’ stalwart was named to the All-Pro first team for the first time in his career and earned AP Offensive Player of the Year honors, among numerous other accolades.

Even so, the 29-year-old says he’s determined to avoid a regression this year and has worked harder than ever in the offseason to improve his strength and conditioning, while continuing to dissect game film to identify potential areas of improvement. Kupp also said he’s going to avoid dwelling on trying to duplicate his numbers from last year and his sole focus is on doing what’s needed to help the Rams win moving forward.

How to make Rams vs. Bills picks

White has analyzed this matchup, and while we can tell you he’s leaning Over on the point total, he has also discovered a critical X-factor that has him jumping all over one side of the spread. He’s only sharing what it is, and which side to back, at SportsLine.

So who wins Bills vs. Rams in the NFL Kickoff Game 2022? And which X-factor makes one side of the spread hit hard? Visit SportsLine now to see which side of the Bills vs. Rams spread you need to jump on, all from the expert who’s 44-33 on Rams picks, and find out.