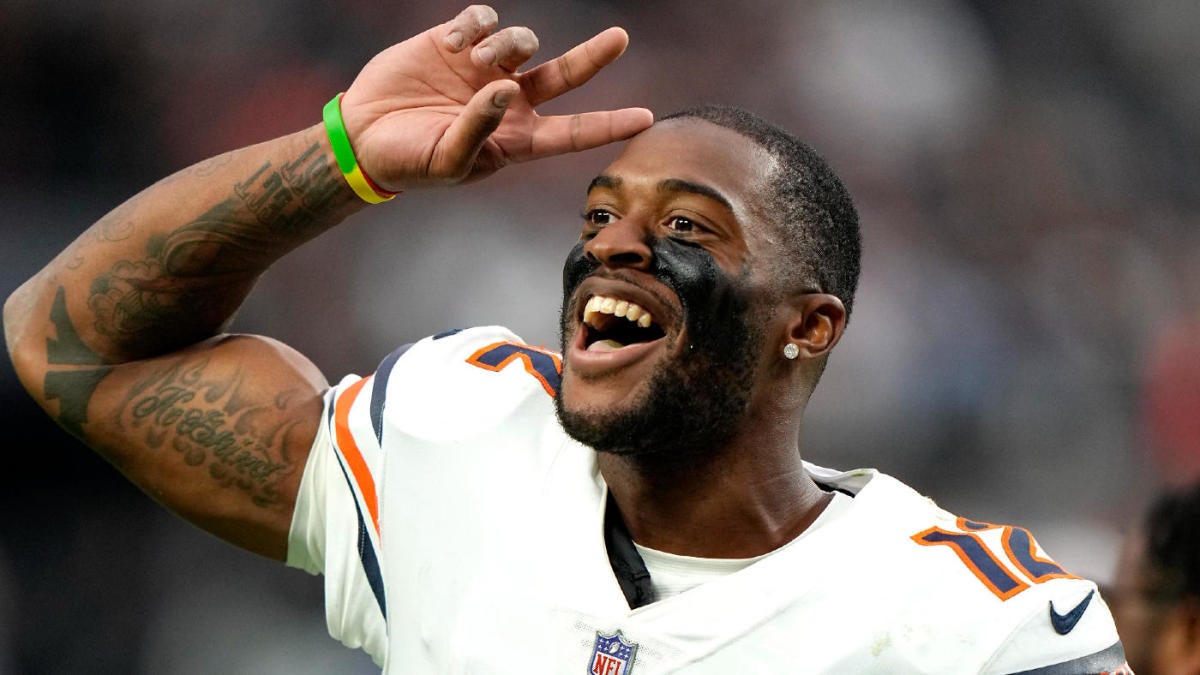 The NFC West was the best division in football last season, backing it up with the Los Angeles Rams winning the Super Bowl and the San Francisco 49ers reaching the NFC Championship Game. Los Angeles went all-in to capture the title, as last offseason’s trade for Matthew Stafford catapulted the Rams toward acquiring Von Miller and signing Odell Beckham midway through the year — two huge catalysts to the championship.

San Francisco blew a 10-point fourth quarter lead in the NFC Championship Game, coming minutes away from their second Super Bowl appearance in three years. The Arizona Cardinals faltered after a 7-0 start, but made the playoffs for the first time in six years. San Francisco still has Jimmy Garoppolo at quarterback with Trey Lance waiting for his chance, while the Cardinals and Kyler Murray are in a stalemate regarding a contract extension (for now).

The Seattle Seahawks moved on from the best era in franchise history by dealing Russell Wilson to the Denver Broncos, kickstarting a rebuild for the franchise that started earlier than expected. The NFC West lost talent to the AFC, yet the division’s three playoff teams remain amongst the best in the conference.

Let’s give out the early report cards for each team in the NFC West after the first wave of free agency. The division is still one of the best in football even with the offseason losses.

The Rams were going to lose players in free agency based on the amount of salary cap space they had to clear up and the money tied to their top players. Darious Williams departing wasn’t a surprise, but Von Miller signing with the Buffalo Bills significantly hurt the pass rush.

Los Angeles still made the best of losing key players by signing Allen Robinson to a three-year deal, giving Matthew Stafford another excellent pass-catcher to an already explosive offense. Robinson will replace the departed Woods, who was traded to the Tennessee Titans for a sixth-round pick (fairly low compensation for a productive receiver coming off an injury).

Signing Stafford to a four-year extension was one of the better moves of the offseason, keeping the franchise quarterback in Los Angeles for a long time. The Rams were also able to retain Joe Noteboom, who’ll replace the retired Andrew Whitworth at left tackle, and center Brian Allen, keeping a solid offensive line intact.

There’s plenty of star power on the Rams that will keep them in Super Bowl contention, aided with the addition of Robinson in the passing game. The Rams are the best team in the NFC right now and have enough cap space ($8.8 million) for one more significant move.

This offseason for the 49ers was going to be determined by the fate of Jimmy Garoppolo, who San Francisco has failed to trade and thereby save $25.5 million in salary cap space. Trading Garoppolo would have allowed the 49ers to start Trey Lance and become a bigger player in free agency with an already talented roster.

Do the 49ers want to trade Garoppolo? Are teams just not willing to pay a premium for him — or what the 49ers think he’s worth? There aren’t many teams left in need of a quarterback for 2022 — and the ones that do may look toward the draft. The 49ers can run it back with Garoppolo for another year, but that’s a sign Lance isn’t ready to take over an offense that’s built toward his strengths.

San Francisco did upgrade at cornerback with Ward, who should thrive under defensive coordinator DeMeco Ryans in his scheme. Odum could take the place of Jaquiski Tartt, who remains unsigned. Addressing the secondary with playmakers was vital for San Francisco, who finished with just nine interceptions last year (26th in NFL).

The failure to trade Garoppolo (if the 49ers tried to move him) damaged an opportunity to make another splash signing or two. Perhaps San Francisco could have kept Tomlinson with that freed-up money or added another playmaker on offense.

San Francisco is still among the top teams in the NFC, but the 49ers missed an opportunity to separate themselves from the pack.

The Cardinals didn’t have a free agency spending spree like last offseason, but they were able to retain key contributors to last year’s playoff team. Zach Ertz had the best season for a tight end since the Cardinals moved to Arizona, and Arizona bringing him back was paramount as an option in the middle of the field for Kyler Murray. Re-signing James Conner to a three-year deal was also vital, as he was third in the league with 18 scrimmage touchdowns last year.

Arizona prioritized retaining its own free agents this offseason, keeping them out of a bidding war to add new blood to the team in the first wave of free agency. Jones departing is a significant loss to the pass rush, which will also be revamped after the release of Phillips. The Cardinals surprisingly didn’t revamp at cornerback either (Jeff Gladney was re-signed), a position that needs to be addressed in the second wave of free agency and the draft.

With the Murray contract situation hanging over their head, the Cardinals will have to make sure their quarterback is happy. Moore should take over Kirk’s snaps in the slot, but the Cardinals could sign another proven veteran to the mix to help DeAndre Hopkins on the outside or continue the youth movement in the draft.

Arizona also released Hicks this offseason, paving the way for Zaven Collins to live up to his first-round status in year two. Collins had a year under his belt to study Vance Joseph’s complex defense and will be expected to make an impact.

There’s still work to do in Arizona, but the Cardinals made a commitment toward getting younger over the last few weeks. They’re still a playoff team in a weak NFC.

Any time a team trades away a franchise quarterback in his prime, the offseason grade isn’t going to be high. The Seahawks deserve credit for getting a top-10 pick (two top-40 picks, five in total) and three players for Wilson, but the franchise will take a significant hit in a loaded NFC West without him.

The Seahawks would be wise to upgrade at quarterback, or at the very least give Lock some competition in a year the team can still compete. Seattle made a wise move in re-signing Rashaad Penny, who was the best running back in football over the final five weeks of the year. When Penny is fully healthy, he’s a nightmare for defenses to stop (even without Wilson).

Seattle has an excellent wide receiver duo in Tyler Lockett and DK Metcalf, another reason the Seahawks need to find a better option at quarterback if they can. Maybe the next quarterback will be taken with the ninth overall pick and can keep the passing game explosive. Signing Will Dissly to a three-year deal was a head-scratching move when Fant is already in the fold.

The next move for Seattle should be to re-sign Rasheem Green to help Harris out in the pass rush and find a way to get Duane Brown back at left tackle. Lock — or whoever the quarterback will be — will be running for his life if Brown isn’t back (Seattle doesn’t have any of its starting tackles re-signed). Getting Quandre Diggs to return was huge for a secondary that needs playmakers, a unit hindered by Jamal Adams‘ monster contract.

The Seahawks have a lot of holes that Wilson covered up over the years thanks to his excellent play. They’ll need to boast a  deeper roster if they intend to ride with Lock in 2022.