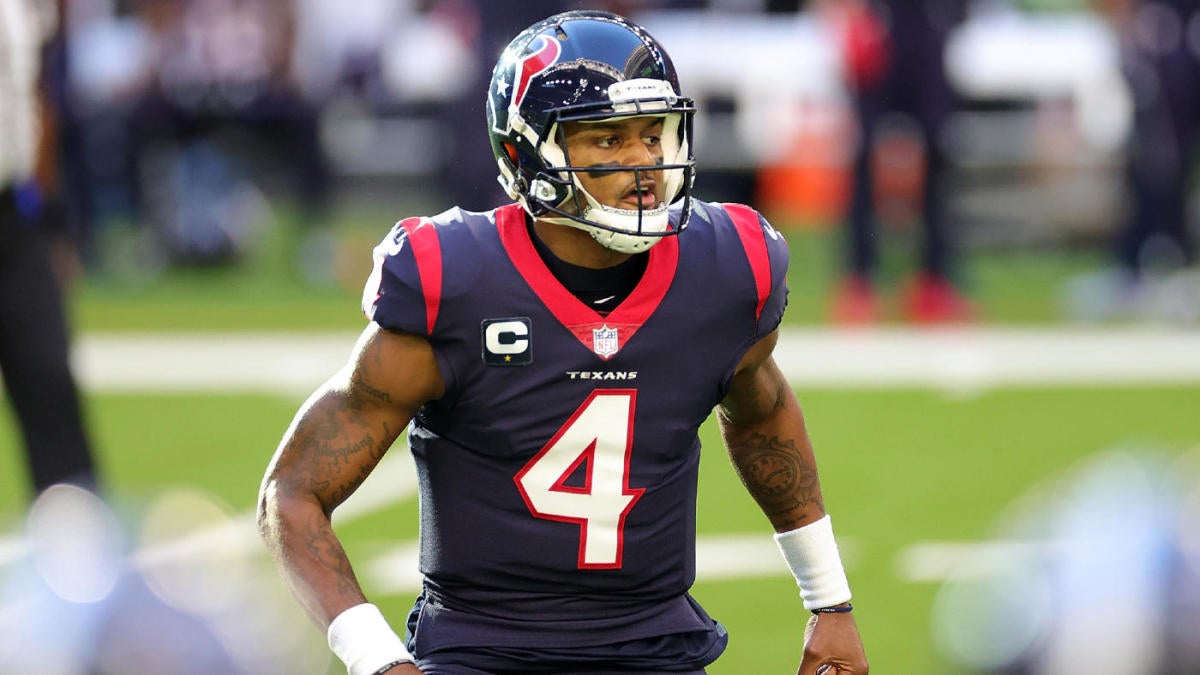 The division that ultimately delivered the AFC champion was up for grabs 15 weeks into the 2021 season. With one missed field goal, the Browns went from leading the division to last place in the AFC North. With Cleveland out of the way, and with Lamar Jackson sidelined with an injury, the Bengals made a late surge to take the North before conquering the entire conference.

Cleveland and Baltimore missed the playoffs after posting identical 8-9 records. The Steelers, who stumbled out to a 1-3 start, somehow made the playoffs in Ben Roethlisberger’s final season. Pittsburgh, who fell to Kansas City in the wild card round, began life after Big Ben by signing Mitchell Trubisky, the first of two quarterback acquisitions within the division during free agency.

The second quarterback to come aboard sent shockwaves throughout the NFL, as the Browns paid a king’s ransom for Deshaun Watson, who comes to Cleveland following a tumultuous final season in Houston.

Trubisky and Watson were just two of the many transactions that transpired within the AFC North. Now that the dust has settled, here’s a look at how each team graded out during the first wave of free agency. As you’ll see below, the Bengals’ initial moves in free agency have allowed them to stay ahead of the field heading into next month’s NFL Draft.

The Ravens made two splash signings but were unable to address several of their big needs during the initial wave of free agency. Let’s start with the positions; the Ravens now boast one of the NFL’s most formidable secondaries with the signing of Williams, a talented safety who at 25 should just be entering his prime. Moses’ presence should help improve an offensive line that allowed way too many sacks (57 to be exact) last season.

Now, let’s look at the negatives. Za’Darius Smith, who initially came to terms with the Ravens, left Baltimore at the alter and instead signed a multiyear deal with the Vikings. Baltimore will likely turn to the draft to bolster its pass rush after missing out on Smith. The Ravens will also use the draft to rebuild their defensive line after letting Brandon Williams and Calais Campbell test the market. Look for Baltimore to use their first-round pick on a defensive tackle if Georgia’s Jordan Davis and/or Devonte Wyatt are still on the board when the Ravens are on the clock.

Baltimore still needs to find a replacement for Bozeman, who signed with Carolina this offseason after missing just one start over the past three years. The Ravens would also be wise to add more weapons to their receiving corps to help aid Lamar Jackson, who is hoping to bounce back after missing the season’s final five games with an ankle injury. While free agency is drying up, there are still several solid options at receiver, tight end and at center. Julio Jones, Jarvis Landry, Eric Ebron, Kyle Rudolph, J.C. Tretter and Matt Paradis are among the best available remaining free agents at receiver, tight end and center, respectively.

Better protection for Joe Burrow was the biggest difference between the Bengals winning and losing Super Bowl LVI. Had Burrow (who was sacked 70 times last season) had an extra second on the Bengals’ final offensive play of the Super Bowl, he would have likely hit Ja’Marr Chase downfield for the game-winning score. Instead, Burrow was forced into an ill-fated incomplete pass after getting pressured by Aaron Donald.

Determined to correct the issue, the Bengals’ brass attacked its biggest deficiency in free agency with the additions of Collins, Cappa and Karras. Cincinnati also gave Burrow a new weapon in Hurst, who is looking to emerge as a big-time tight end after having to share the workload with Mark Andrews in Baltimore and Kyle Pitts in Atlanta. On defense, the Bengals locked up defensive tackle B.J. Hill, who played an integral role during Cincinnati’s run through the AFC playoffs.

Cornerback and offensive tackle are the two main positions the Bengals still need to address heading into the draft. Eli Apple, who was re-signed during free agency, will probably have to hold off a highly touted rookie if he is going to stay in the starting lineup. The Bengals’ biggest offseason faux pas so far is their inability to come to terms with free safety Jessie Bates, one of the team’s best players. The two sides have until July 15 to come to terms on a deal before the season after Bates was franchise tagged last month.

It’s been a busy offseason in Cleveland. The team pulled off one of the biggest moves in NFL history when they acquired Watson from the Texans in exchange for their next three first-round picks and a future third-round pick along with two fourth-rounders. Cleveland also gave Watson a whopping five-year, $230 million guaranteed deal.

After over two decades of looking, the Browns went all-in in their pursuit of getting an elite quarterback. They have their player in Watson, but it came at a tremendous cost, both financially and in future draft picks. For this move to be considered a success, Watson and the Browns have to be a perennial Super Bowl contender — at the minimum — throughout the length of Watson’s deal. And even if the Browns are an annual playoff team, the deal will be considered an utter failure if it doesn’t result in at least one trip to the Super Bowl.

The Browns have their star quarterback, but they need to surround him with more weapons in order to help put him in a better position to succeed. On defense, Cleveland is hoping that pass rusher Chase Winovich — who came to Cleveland in the trade that sent linebacker Mack Wilson to the Patriots — can realize his potential after he failed to do so in New England. The Browns will likely turn to the draft to further address their hole at defense end after letting Jadeveon Clowney test the market.

The Steelers didn’t make the splashiest moves, but they made smart, savvy free agent signings while addressing key needs at quarterback, offensive line, and cornerback. They also strengthened their linebacker corps with the addition of Jack and their return units with the signing of former Patriots All-Pro return Gunner Olszewski.

Pittsburgh’s acquisitions of Trubisky, Wallace and Jack truly show the genius in what is Kevin Colbert’s final free agency as Steelers general manager. The Steelers are paying less than $15 over two years for Trubisky, the top-ranked quarterback on the market. They came to terms on a two-year, $8 million deal with Wallace, whose projected annual market value on Spotrac was $9.6 million. Pittsburgh signed Jack to a two-year, $16 million deal and in the process saved $7.8 million in cap space after releasing fellow linebacker Joe Schobert.

The Steelers weren’t able to address all of their needs in free agency. While depth is needed at offensive line and throughout the defensive line, receiver and strong safety are the Steelers’ biggest areas of need heading into the draft. Pittsburgh was reportedly in the running to acquire former Chiefs strong safety Tyrann Mathieu, but he remains unsigned as of this writing. The Steelers may be inclined to re-sign Edmunds, a former first-round pick who is still on the open market.