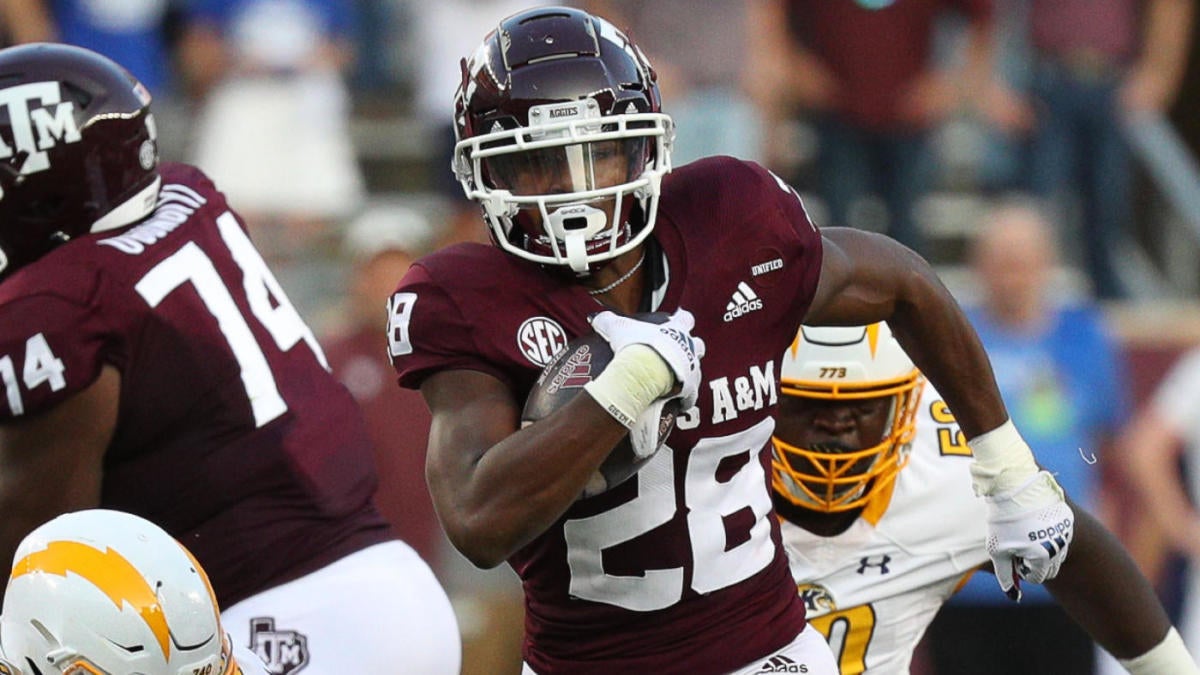 The ideal NFL draft prospect had tremendous production in college and boasts jaw-dropping athletic traits. Of course, many don’t check both boxes. But sometimes you have to trust a prospect’s physical capabilities even if he’s not a great football player yet.

This is the second in a two-part series that will examine a pair of unique subsets of every draft class. You can check out the first, my #TrustTheTraits prospects, here. Now we’re heading to the other end of the spectrum with #TrustTheTape prospects, NFL hopefuls who don’t have requisite physical traits or maybe didn’t crush their combine/pro day workouts yet I still really like and believe in as prospects. They can be good at the NFL level, I’m telling you!

These are my ‘Trust The Tape’ prospects in the 2022 class.

London won’t run for scouts and GMs until April 5, essentially making himself the last pro day workout of the 2022 circuit. So we don’t technically know how athletic London is in a timed and measured setting just yet. But I won’t be surprised if he runs closer to 4.60 than 4.40 and if he’s not a 41-inch vertical, 11-foot broad jump type.

On the field he’s fast and wins down the field like someone ready to compete in the NBA‘s dunk contest on All-Star Weekend. No wideout had more contested-catch wins in football than London in 2021, and he only played in eight games. Importantly too, he’s bendy enough to get open with decent regularity. Maybe most importantly of all, given the shift in today’s NFL game, London is an absolute menace after the catch, a runaway train in the open field. He forced 22 missed tackles on 88 receptions last season with a dizzying array of power and deceptive elusiveness.

I don’t care if London runs 4.61 with a 36-inch vertical and a broad jump barely over 10 feet. He’s an incredibly well-rounded and intimidating receiver prospect.

We won’t ever know how fast Dean is on a stopwatch, because he didn’t work out at the combine or the super-hyped Georgia Pro Day. And there’s been some rumblings of him going later in Round 1 because he’s not intimidatingly big. I do not care about Dean not working out or him being 5-foot-11 and 229 pounds. In fact, I want my linebacker smaller in today’s NFL.

Dean should be the first linebacker off the board in late April. He’s a smooth, impactful coverage defender, blitzes like he’s 6-3/250 and plays faster than he should because of how quickly he diagnoses play designs. His game is reminiscent of another Georgia linebacker, Roquan Smith, who was just under 6-1 and 236 pounds at the 2018 combine and has become one of the best coverage linebackers in football. Draft Dean in Round 1 and prosper.

Hayes’ workout web on Mockdraftable web won’t excite you — a vertical in the 7th percentile, and a 40-yard dash in the 49th percentile among interior offensive linemen. And on film, he can’t be misinterpreted for a lateral speed, zone-blocking specialist. But all dude does is block everything in front of him, especially on pass plays. You can have your highlight reel pancake blocks on run plays, I’ll take the boring guard who rocks in pass protection.

I’m cheating a little here including Hayes because there is one distinct trait that acts as a trump card for him on the field — his length. Hayes’ wingspan is in the 98th percentile at his position. Watch game film of Hayes and you’ll see how well he uses those never-ending limbs. No one gets into his frame. Hayes controls everyone at what feels like an acceptable social distance. He never gets driven backward into the quarterback either. He won’t need to get significantly stronger once he’s playing on Sundays, as opposed to what is the case for the vast majority of youthful offensive linemen.

Knight is the most underrated back in this class. Point blank, period. As an underclassmen who, of course, wasn’t involved in any of the postseason all-star contests and ran 4.58 at the combine, there’s essentially no buzz for him with a month to go until the draft.

On film, he’s a bouncy, naturally elusiveness grinder. At 5-11 and 209 pounds, he’s plenty big enough to handle the between-the-tackles punishment at the NFL level. I saw Knight make something out of nothing more so than any other back in the class. Jump cuts are there, power through contact, vision, quick cuts through a crease, speed to turn the corner, Knight is incredibly talented.

He’s fresh with only 419 career carries at North Carolina State and only turns 21 the second week of April. Knight has so much upside and is likely to be available well into Day 3.

Ruckert was on his way to elevating his stock at the Senior Bowl due to strong showings early in the practice week, but a foot injury halted his possible ascension. The injury kept from participating at the combine or at the Ohio State Pro Day. I was sad.

Why? Because Ruckert graded as my No. 1 tight end based on his film. High-volume pass catcher? Hardly. But how could he have been with Chris Olave, Garrett Wilson and future first-rounder Jaxson Smith-Njigba at receiver?

No tight end possesses Ruckert’s blend of blocking prowess, suddenness as a route runner, ball skills down the seam and YAC abilities. Ruckert has all the makings of being a much better, more productive professional than he was at Ohio State.

Flott is hovering at a nice cruising altitude under the radar as we head into April. At just under 6-1 and 175 pounds, the former LSU defensive back doesn’t have a body normally found on the field on Sundays in the fall. Flott intercepted one pass and defended seven others over the past two seasons for the Tigers. Far from crazy production.

On film, Flott’s stop-and-start skills pop. He covers like a blanket, not an easy feat in the slot. Skinny, with short arms and minimal collegiate production. I just adored the way Flott moved on the field and how consistently he played in coverage.

Relative to an illustrious three-year career, in the SEC, for a marquee program, Spiller’s hype is hardly registering. Seems crazy to me. He ran 4.63 at the mysteriously slow Texas A&M pro day — almost all the Aggies were clocked like they were running in molasses.

The film demonstrated to me that Spiller is a upper-echelon running back talent. Contact balance, vision, lateral cuts, sharp breaks on zone plays, tremendous receiving ability, it’s all there. Now, Spiller isn’t a home-run hitter, and that’s fine. The vast majority of running backs aren’t at the NFL level.

Spiller can shoulder a full workload and flourish on inside runs, outside carries, and as a slot mismatch against linebackers or safeties. If Spiller doesn’t go off the board until the third round, my word, he’ll be a steal.

Smith’s been the draft radar since the good old pre-pandemic days. He appeared in 44 games for the Hokies. And his film is so bland. Which is what you want at the guard spot. Methodical execution of his assignment over and over and over. Does Smith’s athleticism shine? Not really.

His 40-yard dash time was in the 72nd percentile among interior offensive linemen at the combine the past 21 years. The rest of his workout was all below the 50th percentile. In terms of balance, Smith’s always on his feet, and beyond playing with a “soft edge” at times, meaning interior rushers can work through his outside shoulder on occasion, it’s legitimately difficult to find a clear flaw to Smith’s game, even in pass protection.